Round Britain Powerboat Race In A Speed Boat or RIB?

Have you got what it takes to enter this amazing race? As the start date of this amazing boat race gets closer, more and more hopeful future endurance boat race winners are entering the challenge.

From what I can see you need to take this speed boat race seriously: This summer we will see a mixture of cruisers, speedboats, powerboats and RIBs taking part in this demanding boating challenge. We will see high speed machines with both outboards and inboards taking part from all over the world.

Those taking part will need a huge amount of support: land based teams, marine engineers, spare parts, lots and lots of fuel and a stack of cash! Have you got what it takes to enter a RIB or a speed boat?

Here is an extract that I found on the Round Britain Race website that was written last year:

“THE ‘MOUNT EVEREST’ OF POWERBOAT RACING REACHES ITS PLANNING ZENITH!
It is now a little more than 12 months to run to the eagerly anticipated Official Start of the ‘Round Britain Powerboat Race’ on June 21st 2008. The organiser’s plans for this huge maritime motor sports event are well advanced at RB’08 Race Control in the UK, with a series of announcements to come, starting with today’s release about the number of race entries.
Event Director, Mike Lloyd confirmed that registered entries and expressions of firm interest from international competitors are now in excess of 75 race boats, activating a reserve listing for Teams internationally. “It would seem that we have struck a chord with Adventurers, not only in Europe but from racers in the United States also. This is more than simply a race. It is an adventure on a grand scale which will not be undertaken by the faint-hearted. In fact this is the ‘Mount Everest’ of powerboat racing, requiring serious planning and financial commitment just to get to the Start Line and even more to get around the 1,600 miles endurance racing course along Britain’s beautiful coastline. Powerboat racing just does not come any tougher than this – and it seems that we now also have a competition to get into the Race!”

The Race is open to monohull pleasure navigation open-top boats only and the rules have been agreed and approved with the UK Governing Body for powerboat racing, the RYA. There are six categories into which the Teams will fit according to pre-agreed strict criteria and more information can be found on this in a useful download available on the classes link.

The Round Britain Powerboat Race last took place 23 Years ago and was, very appropriately, title sponsored and funded by ‘Everest’ Double Glazing. The outright winner was the world famous Italian racer and boat builder, Fabio Buzzi, in the equally famous ‘White IVECO’, completing the course over the 10 days in just over 27 hours of the toughest sea conditions and competitive powerboat racing. Fabio has already committed to return to defend his title and has confirmed that the Buzzi factory will be represented by more than one boat. It will be interesting to see if new technology can beat the clock as well as the notorious British sea. But technology aside there will be literally hundreds of stories generated by the human endurance required to finish and the people supporting the racers from the land.
The commercial and Media impact of the Round Britain Powerboat Race is being assessed by venues and business partners alike. With some 500 people expected to be following their Teams around the UK, the need to fuel and house the people is just as big a logistics challenge as looking after the race boats.

“Excellent value-driven Business Partner Packages have been developed by the event Commercial Team,” continues Mike Lloyd, “and discussions are under way for other Companies to exploit the Round Britain Race, joining Marine Track™, Host Venues and other partners already excited at the business prospects of this unique and challenging adventure that is sure to become the maritime equivalent of the Dakar Rally every year.”

It will be extremely interesting for fans and sponsors to experience the difference that instant communications, especially broadband and mobile phones will make to the way in which this adventure can be followed in real time not only in the UK but around the globe. 23 years ago the sophistication of these channels simply didn’t exist! “ 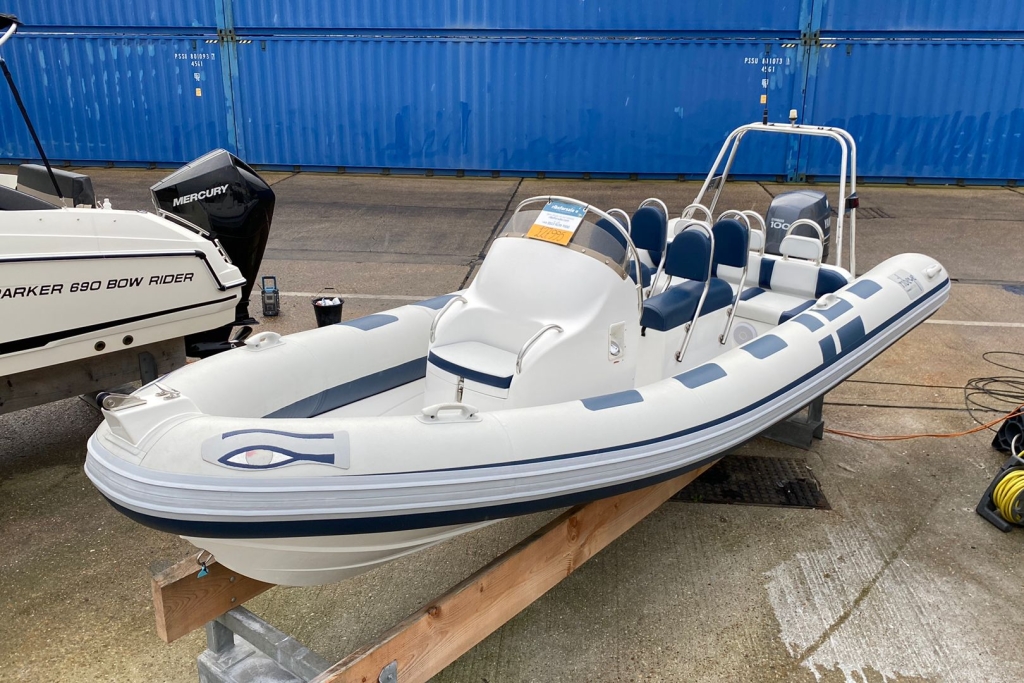