Handling your RIB in heavy weather is as individual as the skipper himself. No two RIBs react exactly the same in the same sea conditions. Each hull design reacts differently to the sea variables–and even two boats with the same design may act differently depending on their load and trim. Every RIB skipper must learn the idiosyncrasies of his own RIB and know how it will react as conditions change.

RIB Helming in a Head Sea

In moderate seas you should be able to slow your speed in order to ride up and over the waves rather than driving the bow into them. You also don’t want to get to the top and the wave and fall off the back side burying the bow. If conditions get worse, slow down until you are making bare steerage way and hold your boat at an angle of 45° to the swells.

Running in the Trough

If your course dictates that you are running in the direction of the trough of waves (parallel to them) you must take extra caution. As your RIB bounces up and down from trough to trough it may roll excessively and possibly dangerously. In these conditions in a RIB, it is best to change course and make a series of tacks, taking the wind and waves at a 45° angle, first broad on your bow and then broad on your quarter. This zig-zag course should leave your boat in the trough for only long enough to turn. You want to minimize the time that you are in the trough and broad side to the swell to prevent broaching.

When the swells are coming from directly behind you, running before them can be difficult. Your boat’s stern can be swept up and pushed to one side or another. You want to make sure that you keep the stern perpendicular to the oncoming seas. Another issue is when lifted up by heavy seas the RIB tends to rush down the slope from the crest to the trough. Occasionally with the stern high, the outboard can come out of the water and the prop will race.  Another concern is the RIB sliding down the wave at a speed that buries the bow, and with the stern still being pushed up the possibility of pitch poling exists.
Heaving To

If conditions become so violent that you and your RIB are taking too much punishment, you might consider heaving to. This manoeuvre, which varies by type of boat, is designed to keep the bow into or slightly off the wind and wave action.In a RIB, forget your intended destination and bring the bow around into the wind and waves using just enough power to make bare steerage way while conserving fuel. 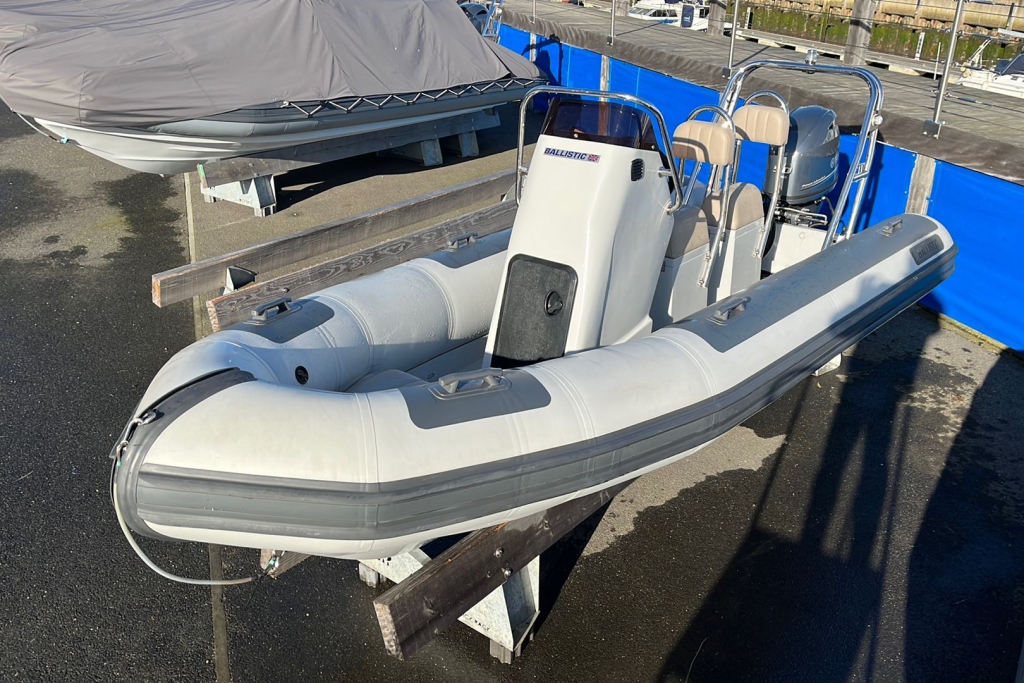