What are the benefits of 2 engines vs 1 on a RIB?

Tom, our Sales Director, discusses the implications of 2 vs 1 in our new video range: 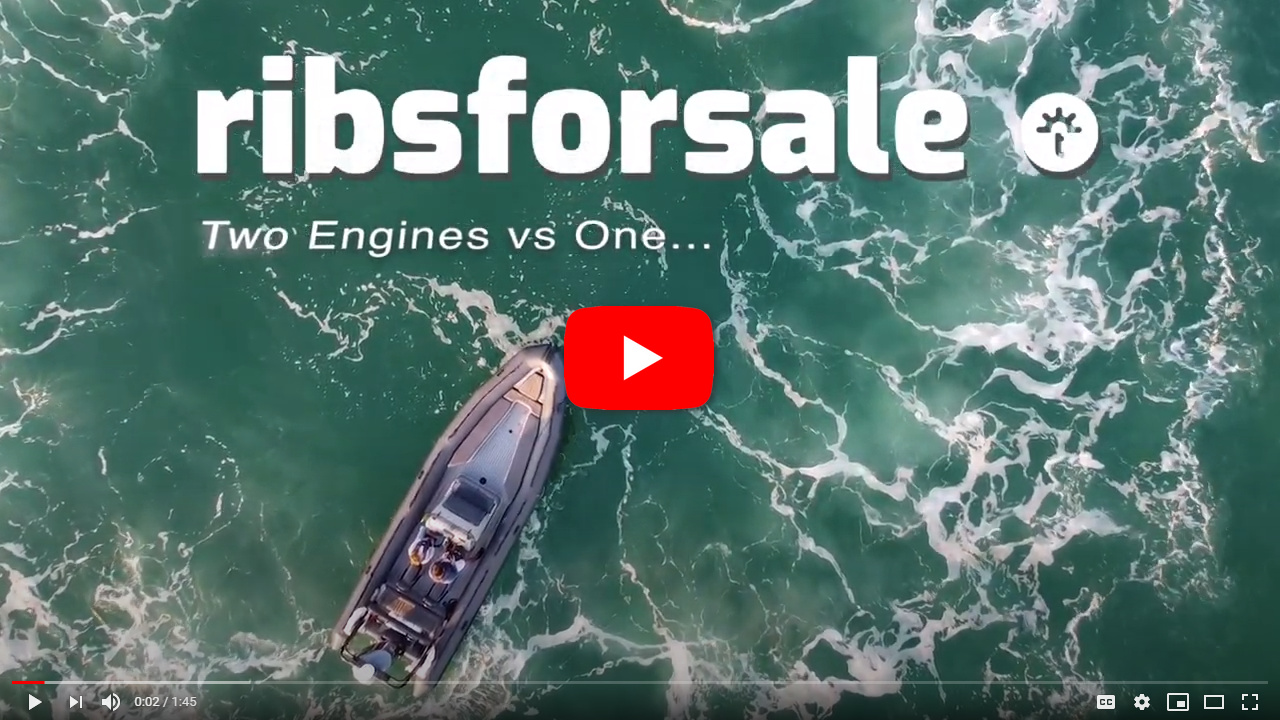 I’m Tom and I’ve been around boats my entire life, and I specialize in RIBs.

So the single or the twin intallation on your RIB is one of those questions that’s not just a simple yes or no. Some people will go for a twin installation because they’re going further offshore or they’re going out in harsh conditions and they want that reliability and backup of a second engine should one of them fail. The other big advantage is the performance acceleration you get when you put more horsepower on the back of the boat.

So, the main disadvantages to consider if you’re looking at a twin installation is cost. You’re paying for two engines and that’s two engines that you’ve got to service and maintain for the life of your boating.  The other thing is you’re running two engines so you’re going to use more fuel. The typical rule of thumb is probably one and a half times the amount of fuel for a twin installation over a single of equivalent horsepower. One of the things if you’re going down the route of wanting to put twin engines on the boat is if you’re going for reliability you want to make sure that those two systems can run entirely independently of each other. So you need separate power supplies and use separate supplies of fuel, because they’re the things that ultimately are more likely to make your engine fail than the engine itself.

So, what some people do if they want the extra backup of another engine but don’t want to go down the route of having two big engines is to fit a smaller auxiliary, something maybe four six eight horsepower that will still just keep the boat pushing along head to wind or even get you home but at a much lower speed. Smaller engines are easier to maintain and take up less space.

If you’ve got any more questions on what installation is right for your boat and you want to discuss engines with us give myself or the team a call.