This boat is sold but we have similar boats for sale

RIBs for Sale are pleased to offer for sale this 2009 Ribquest 7.8 fitted with Suzuki DF250hp engine & trailer.

This Ribquest RIB had replacement new tubes in 2020 and enjoys a layout comprising of four single winged back jockey seats as well as an extremely generous three-person rear bench seat. This seating arrangement makes it ideal for family outings and still leaves more than enough room for any water toys that you may have brought along with you. As the helm console is mounted towards the bow of this Ribquest 7.8m RIB, the layout provides ample room for changing into and out of wet suits as well as having dry storage under each jockey seat and under the rear bench seat.

At the helm the high windshield provides additional comfort and you will find everything you need to get you to your favourite spot safely with Garmin chart & depth plotter and Garmin 100i VHF, there is also a fusion music system with speakers to entertain you along the way. This Ribquest 7.8 comes complete with high towing eye for wakeboarding and water-skiing and 'D' rings to the transom to enable you to tow inflatables, there is even a transom boarding ladder to enable you to get back on the boat safely and with ease! The teak effect deck looks really stylish and gives plenty of grip under foot as you move around the vessel.

This is a great package that will be ready for you to go and enjoy for this season and many more to come! 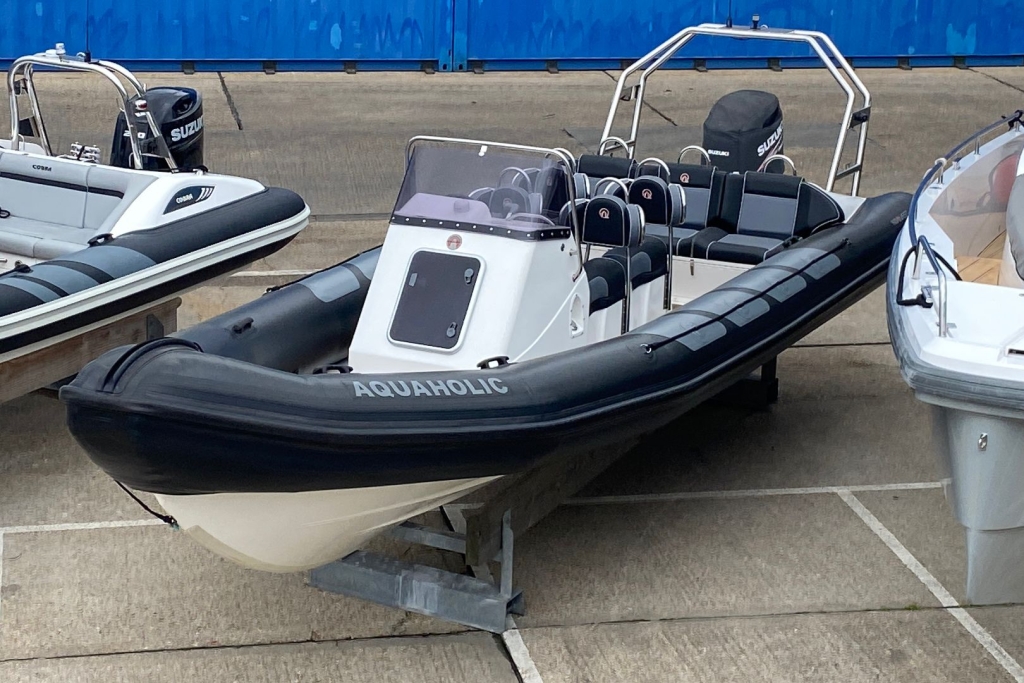 The Ballistic 5.5 story so farPicked it up from Justin at Gunwharf in February and returned to river Hamble via CowesHave been out just about every weekend since in all weathers and sea conditionsSwanage to the west and down to Chichester Harbour in the opposite direction plus lapping the Isle of Wight in some ‘interesting’ sea conditions Have an excursion to Exmouth planned plus a trip to France in convoy with another boatWhen I spoke to Jason prior to buying he said that we would find our limits well before the boat would …. correct Top feature … the picnic table …. worst feature …. the current cost of unleaded petrol… The above is from our customer Terry Lowe.Thanks.